The establishment of a set of Rules of Ethics is ordinarily a legitimate aspect of a competitive and representative society and its government which are presumed to be „fair and equitable“ in safeguarding the interests of those to be protected. History has however been instructive in alerting us that those ethical injunctions can be, as has often been the case, subject to modifications and revisions by those in power who have prevailed to bend those rules in their favor.

Aside from the recent financial turmoil, there have been many cases of colossal and unethical actions that have been documented in very detail in relatively strict justice systems. In the wake of these irregularities, there have been commissions established to provide remedies and statutes to punish the guilty ones. Yet, as though the culprits forget the existence of these prohibitive schemes and continues to do what they have done according to their inherent spiritual and moral weaknesses.

On the other hand, the verdict of the philosopher and judge Ostad Elahi is an entirely different one that is the personification of a true and humane system of ethics and economic evelopment. „The perfect human being is the person who treats everyone else the same way they would like to be treated, and who also defends others against whatever that person would not like for himself […] You have to watch and control yourself at every instant […]“ He extends this dictum to the realm of humanity by requiring that one should love and do for others what one would wish for oneself.

Ostad Elahi – an exceptional musician and a master of an ancient lute himself – also points out: „If used for spiritual purposes, music will connect us to the divine, for music is related to the soul“. Maybe this connection can help grasping the essence of a perfect human being! 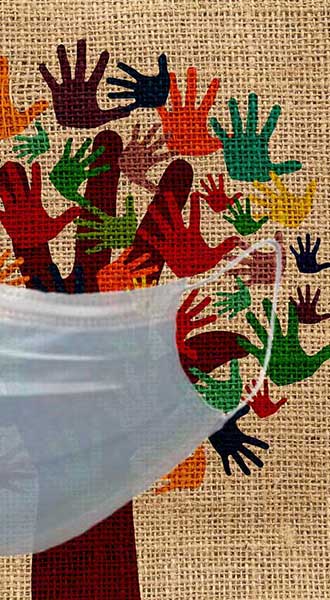 This website uses cookies to improve your experience while you navigate through the website. Out of these, the cookies that are categorized as necessary are stored on your browser as they are essential for the working of basic functionalities of the website. We also use third-party cookies that help us analyze and understand how you use this website. These cookies will be stored in your browser only with your consent. You also have the option to opt-out of these cookies. But opting out of some of these cookies may affect your browsing experience.
Necessary immer aktiv
Necessary cookies are absolutely essential for the website to function properly. These cookies ensure basic functionalities and security features of the website, anonymously.
Functional
Functional cookies help to perform certain functionalities like sharing the content of the website on social media platforms, collect feedbacks, and other third-party features.
Performance
Performance cookies are used to understand and analyze the key performance indexes of the website which helps in delivering a better user experience for the visitors.
Analytics
Analytical cookies are used to understand how visitors interact with the website. These cookies help provide information on metrics the number of visitors, bounce rate, traffic source, etc.
Advertisement
Advertisement cookies are used to provide visitors with relevant ads and marketing campaigns. These cookies track visitors across websites and collect information to provide customized ads.
Others
Other uncategorized cookies are those that are being analyzed and have not been classified into a category as yet.
SPEICHERN & AKZEPTIEREN
Vorsicht - Gefälschte Spendenaufrufe!